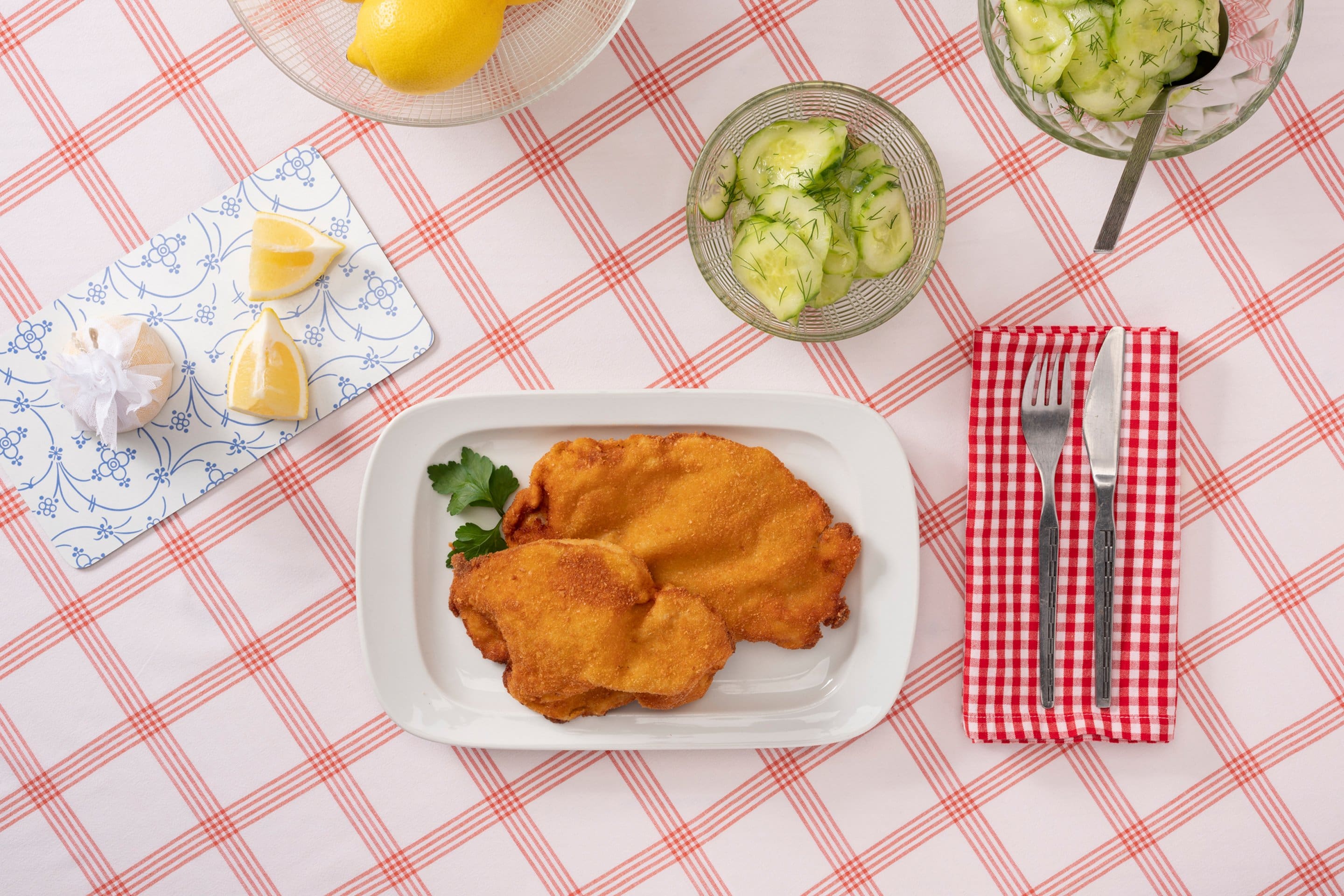 It doesn't get any more Austrian than this: Back in the 1950s, top chef Franz Ruhm created a recipe for this classic Viennese staple that has since become part of our cultural heritage. We are republishing this traditional recipe for Wiener Schnitzel and cucumber salad, just as it was back then.