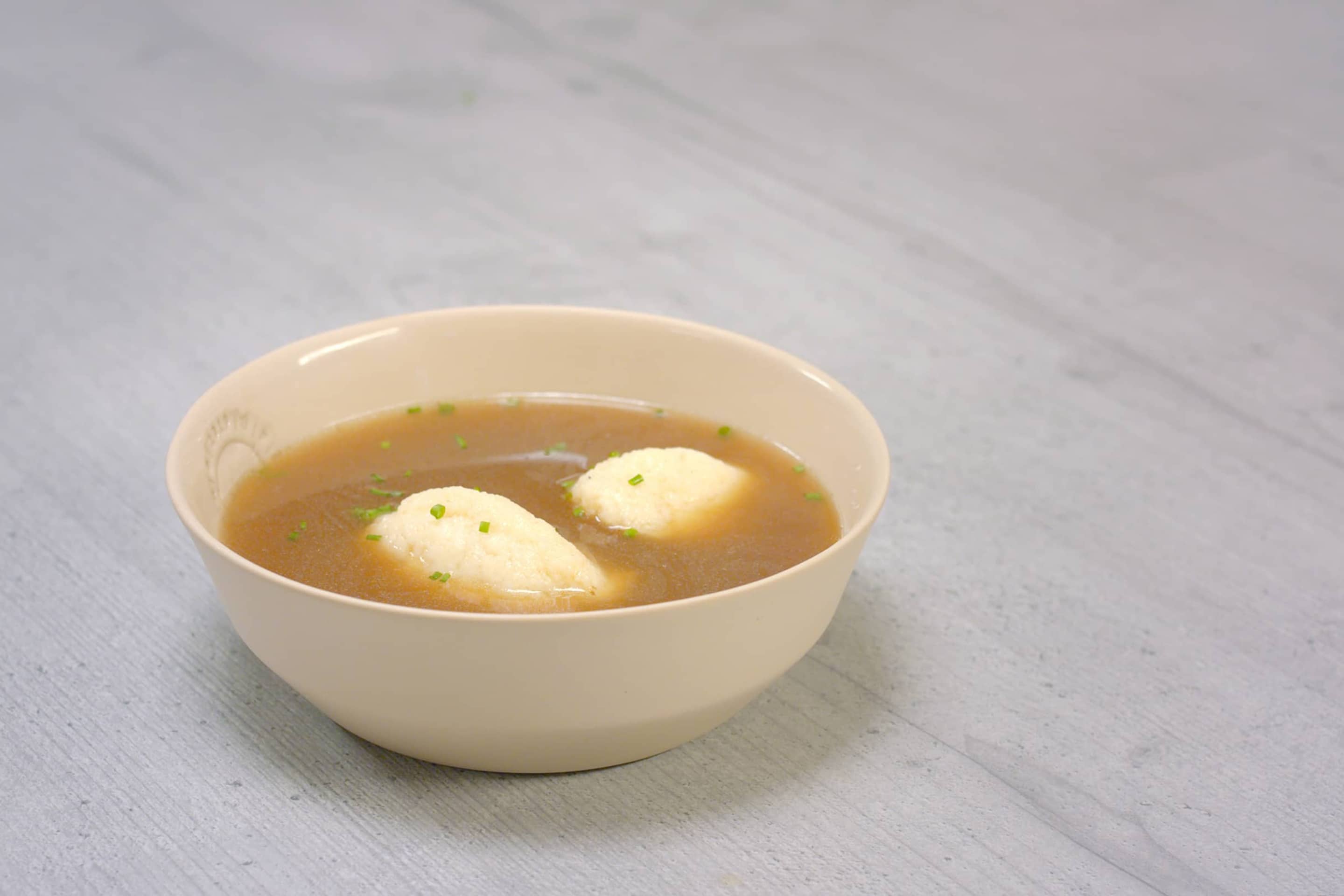 Relive childhood memories with this recipe for beef broth. The wonderfully flavorsome broth gets its knock-out flavor from the blend of spices, and the semolina dumplings are the ideal addition. Because this broth tastes so good, we make it in large batches and reduce the rest into a stock, which we then freeze or store in jars. Then we can conjure up those special memories a few more times in an instant.