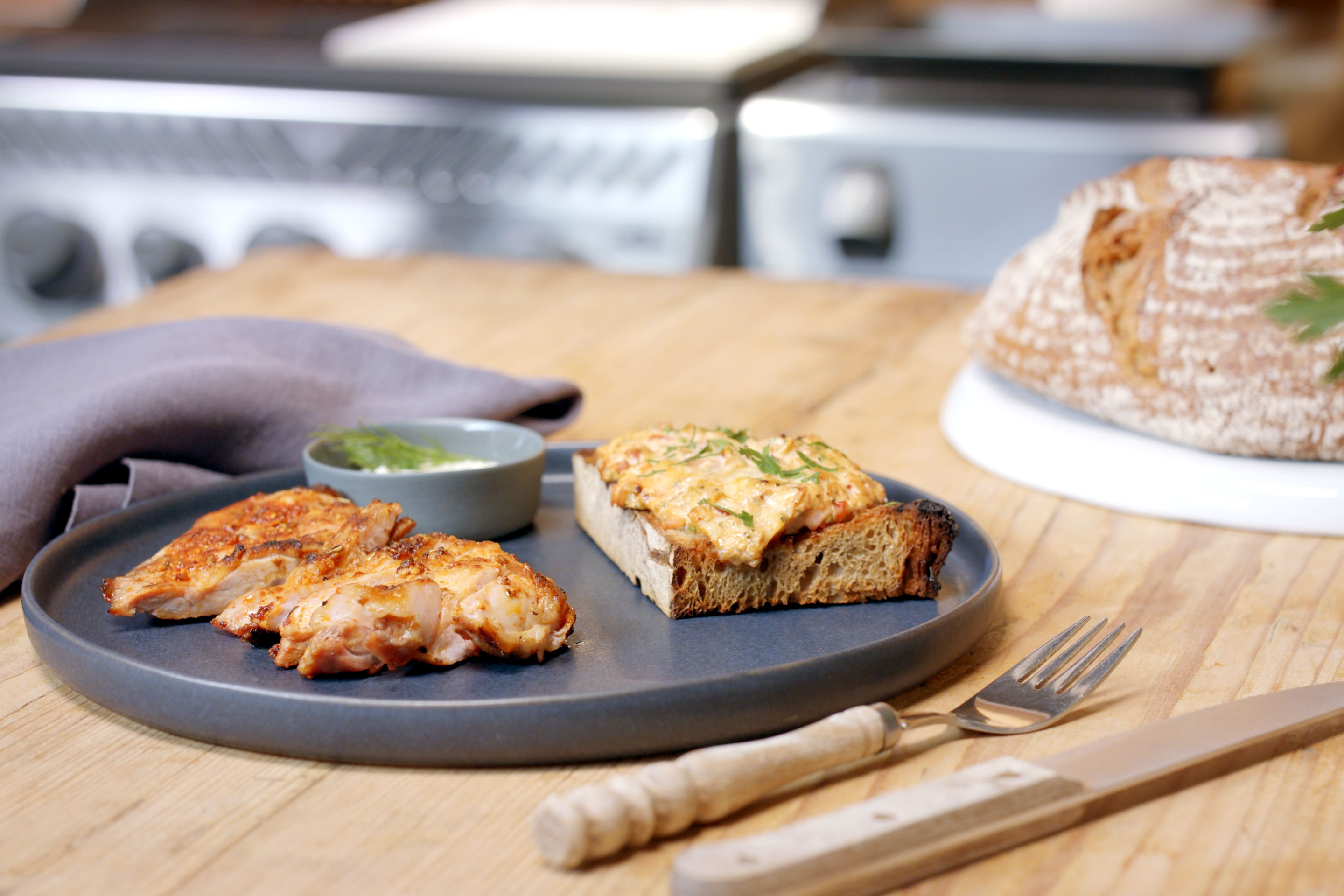 This particular backbone muscle pork cut has a rather interesting name in German: It is known as "Fledermaus", the German word for "bat", due to its similar appearance to the animal. Don't let the name put you off — this cut of meat is extremely succulent! We marinate our chops with Grill Smoked and serve them with toasted bread with a hearty, aromatic dark beer spread.