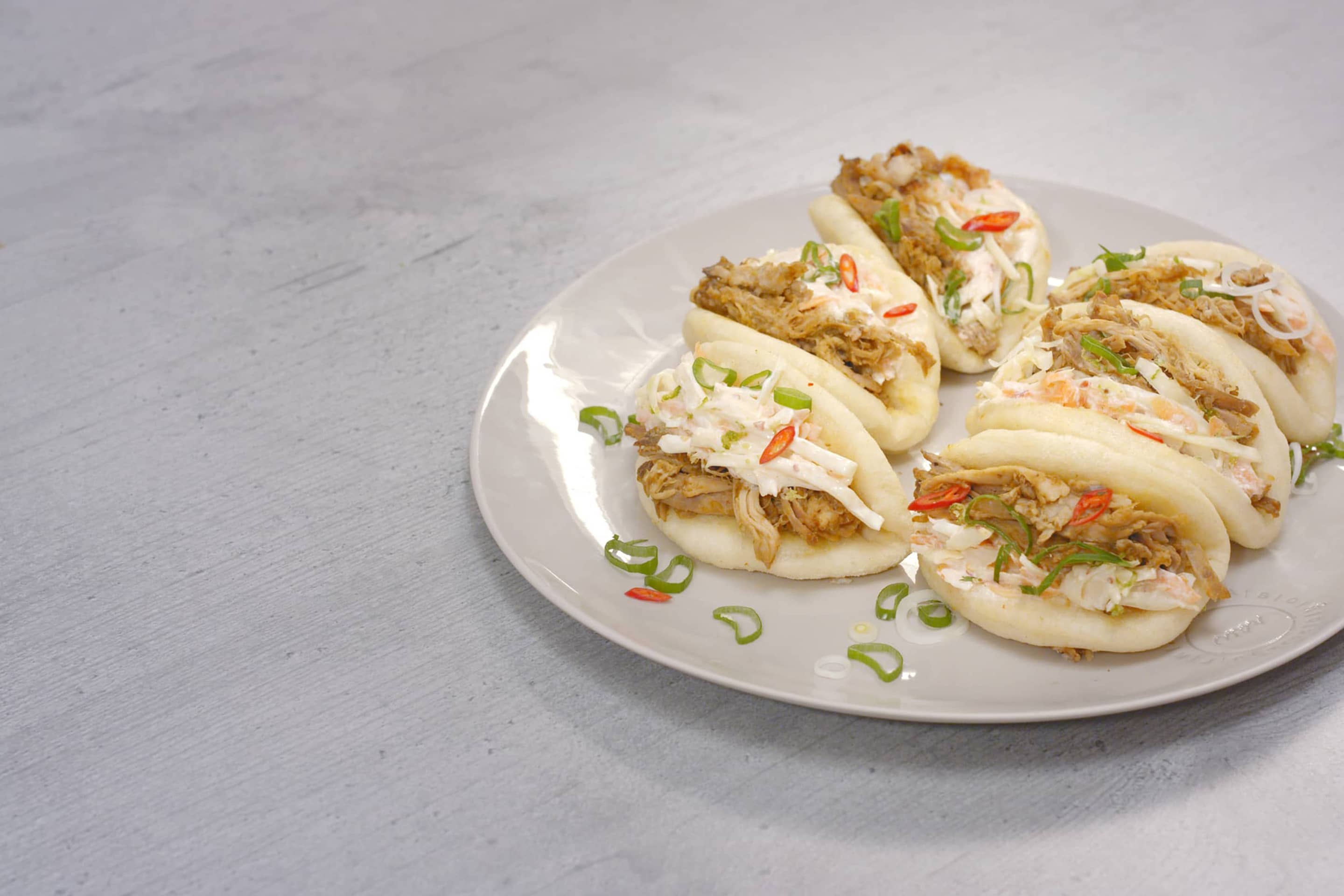 Pulled pork is derived from traditional roast pork, with the pork simply cooked in the oven for longer at a lower temperature. The meat falls apart almost as soon as you look at it. In this recipe, it's served in homemade steamed buns with a spiced coleslaw and topped with the delicious, crunchy crust. There you have it: a modern take on the Austrian classic. Sounds good, tastes even better!