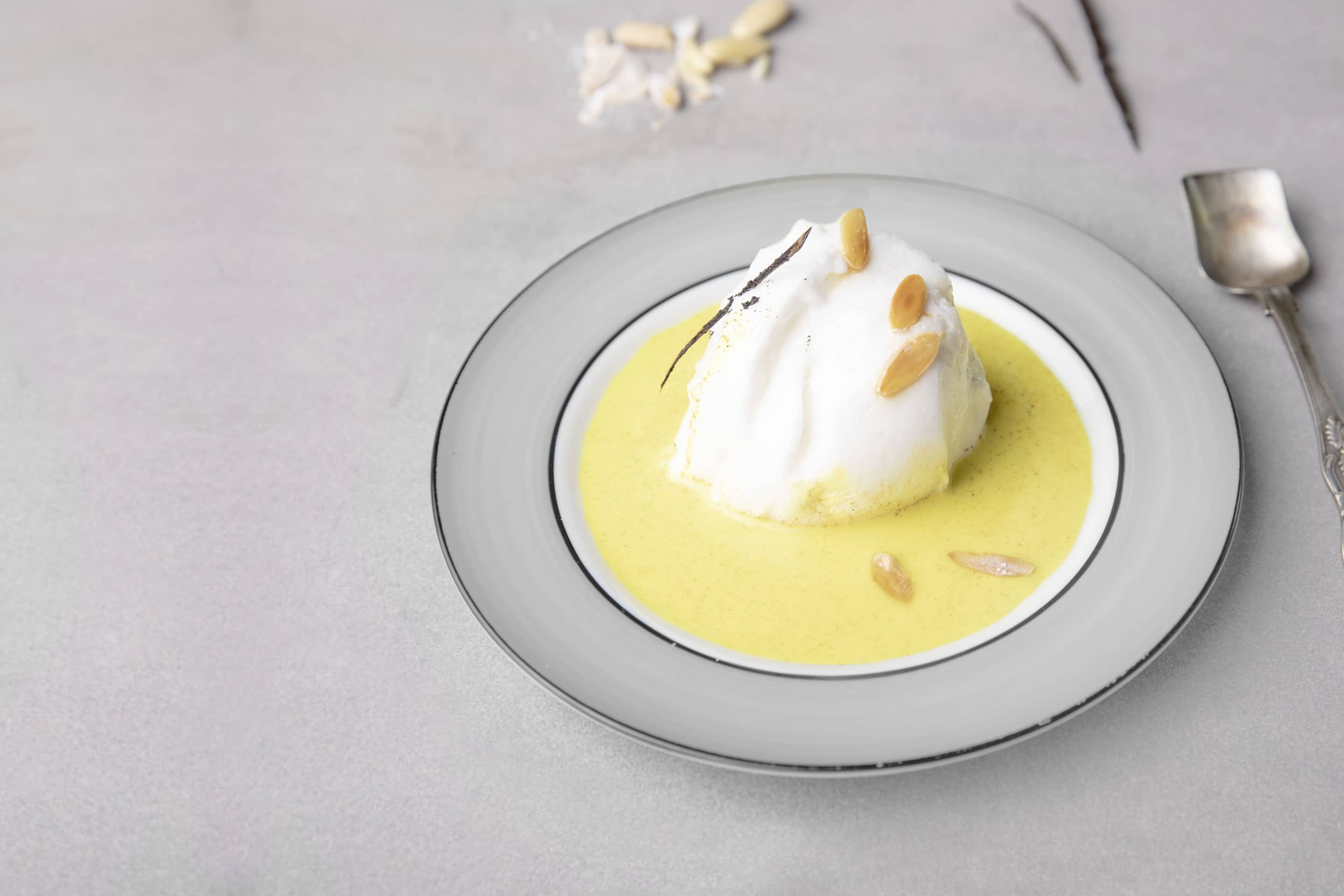 Île flottante, floating islands — whatever you call them, they're a dream of beaten egg whites in a sea of the creamiest vanilla sauce. This Parisian recipe for Île flottante seems to have been forgotten somewhat, but it only takes one try for it to become a firm favorite! Turmeric gives the vanilla sauce its beautiful color.